The Tressy’s, who are the most outspoken members of my vintage doll collection made three wishes for Christmas. They wanted makeovers, new clothes and to meet some men. So when I was given some vintage clothing as part of my Christmas present they were given first pick.

My sister had included the clothing with my Christmas Barbie and the outfits were a mixture of home-made and generic. I didn’t get around to trying it on any of the dolls until now and I found that some things fitted the Tressy’s quite well while others were a better fit on the Tammy’s. One little skirt was so tight that it didn’t fit anyone so I might let Skipper try it on later.

The Tressy’s have been quite jealous of all the Barbie fashion posts I’ve done and wanted to remind me that they too were Fashion Dolls; so here they are modelling their new (to them) outfits.

First of all here is my childhood Tressy made by the English company Palitoy under licence for American Character. Tressy actually was not making as much fuss as the other two because she is the proud owner of my only genuine Tressy outfit. However, you can’t wear your party dress all the time so she has this little outfit for summer. It is all home-made and although the top is rather large it looks nice tucked into the skirt. I remember being forced to make a skirt just like this for myself in primary (elementary) school and my hatred of red and white check gingham lasted for many years after that. I was very bad at sewing and teachers tended to shout at me. Tressy says she feels like she is going to a square dance.

Our next model is American Character Tressy who is wearing a summery outfit consisting of a home-made pink floral skirt and a lemon yellow top which I believe is factory made but is untagged. I actually received two of these tops, this one is in slightly better condition. I think AC Tressy has the best hair of the three of them.

Last of all is V-Leg Tressy, also by American Character. She is wearing a blue print wrap front dress which is also untagged. It looks as if it should really have had a belt but I don’t know if it ever did. This Tressy came to me with an unfortunate hair cut and although I’ve tidied her up a bit she could still use some improvement. Or I may need to make her a hat.

If you read my Christmas posts  you will know that the Tressy’s did meet some men at the Tammy family Christmas party and as a result they have decided to be more sociable instead of staying upstairs all the time complaining about Marissa. They have another wish now though. They want some shoes. Tressy’s can’t wear Barbie shoes, their feet are a bit larger. I learned this many years ago trying my cousin’s Barbie outfits on Tressy.

I also need to buy some proper Kaiser doll stands not only for the Tressy’s but for a lot of the dolls as they are constantly falling over so that’s going to be a big part of my 2015 doll budget.

Next post I’ll show you what the Tammy’s got to wear.

Adelaide’s Tsunami. The Fake News of 1976

Today is January 19th a date that I always remember as being the day that the city of Adelaide was not destroyed by a tsunami. It all began with a self proclaimed clairvoyant named John Nash. Mr. Nash was originally a housepainter from Victoria who had moved to Adelaide but then became concerned that the […] 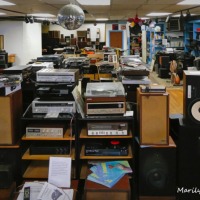 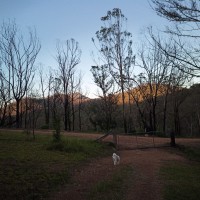 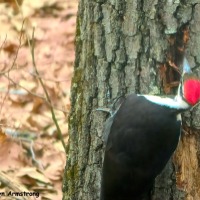