When I was a child I used to read a lot of schoolgirl comics with names like “Mandy”, Judy, “June & Schoolfriend” and “Bunty”. They all had picture stories and craft ideas in them. Later, after I stopped reading them they featured pictures of pop stars and focussed more on clothes, make up and boyfriends but in the nineteen sixties children were children for longer I think. My favourite of all the comics was “Bunty” because every week there was a paper doll and clothes on the back.  I have written before about our very first “Bunty” paper doll and her sad end.I think I got my first comic at age eight or nine. Mum would cut the dolls out for me in those days but before long I was doing it myself. My sister and I collected those dolls for several years and even today we still get excited if we come across an uncut copy from our era, the mid to late sixties. You don’t see them often because of course most were thrown away after the dolls were cut out. There were Annuals too, usually either at Christmas or during the summer and they sometimes had dolls too. As an adult I appreciate the artwork that went into these comics and even though the stories seem a bit lame now I still can’t help stopping to read my favourite “The Four Mary’s”.

The other day in Hobart I popped into the Salvation Army Shop. They had just moved into new premises and I wanted to see how it looked. The “Salvos” mostly have clothing and some Manchester. There is not much in the way of toys or bric-a-brac but I spotted “Bunty For Girls 1968” so of course I had to buy it. I was eleven in 1968 and although I didn’t own that particular book the stories and characters were all very familiar. This edition had not one but two paper dolls as well as a pattern to make a puppet. 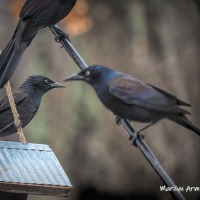