*Note: All opinions expressed by Marissa are her own and not necessarily those of the author.

Marissa was determined to set Midge up with a date.

After consulting Midge’s best friend Jan for some personal details she filled out a questionnaire in her name for an online dating site.

However, being Marissa she had to embellish a bit.

“Midge needs a couple of more exciting  hobbies .” she reasoned.

“Swimming is fine, but history? Who cares about that?

I won’t mention that she’s into saving the environment either.

That might put some guys off. I’ll add beach volleyball and belly dancing.

It will make her sound like a fun person. They can get into the serious stuff later.”

She adds a photo of Midge in a bikini and presses “Submit”.

Soon several responses arrived and Marissa looked through them to choose

the most likely candidates.

“Too old maybe? Good looking though. Let’s keep him in for now”,

College Tammy behind their backs. I don’t think Midge should go out with him.”

“Oh he’s cute! I wouldn’t mind dating him myself”

“Now here’s a good one.” Michael, an Englishman, makes the cut too. Marissa thinks the last candidate looks like a possibility as well. “He looks brainy. Midge would like that and probably wouldn’t care about the dorky glasses.”

Marissa sends off replies to three of the five guys (she’s keeping Peter for herself remember) suggesting meeting for a coffee or a drink.

Now all she has to do is convince Midge to go. 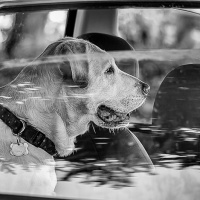