Bonnie gets a Makeover


After being co-opted into Jan’s fashion show Bonnie suffered a mishap in real life. Her TNT body was not in the best shape as she was one of the dolls I bought second-hand in my early collecting days. After I’d finished taking photos I thought that I might clean her up or even rebody her. As I tried to remove her head it snapped off. I’ve taken Barbie heads off before and had no problem but occasionally they do break which is why I don’t rebody my “good” dolls.  Anyway, now I had no choice but to rebody Bonnie if I wanted to keep her.

Some  time ago I bought two articulated bodies from an eBay seller based in China. They were quite cheap and I bought them with the intent of experimenting with rebodying so now the time had come. These bodies just have a neck knob so as I was unable to get the broken hook out of Bonnie’s head I just pushed it in and popped her on to the new body. Once I had pushed it down a bit it was a snug fit. I can turn her head from side to side but not up and down. That’s OK though as I am not too likely to want to do that. The skin tone was a bit lighter than I would have liked but it will do. I think you can get a more tanned skin tone in these bodies so I could get another later on. So now Bonnie has a brand new articulated body. She’ll like that as she is an active girl who likes to play sports and ride horses.

Then I thought that as long as I was making her over I may as well go all the way. As you have probably noticed Bonnie also wears a wig as I was getting tired of all the long blonde hair of the late nineties dolls. I had never cut all her hair off though so you can sometimes see it through the wig. Now, I decided, was the time to take the plunge so I took to her natural hair with the scissors.

Now her wig is a little loose so I will have to glue it on but it will photograph better. That will happen next week as I need to buy some suitable glue.

In the meantime here is the newly revamped Bonnie who can now wear that mauve halter neck dress a bit more comfortably although her jeans probably won’t fit her as well as they used to.

I found I had some tacky craft glue at home and being impatient decided to try glueing the wig with that. It worked quite well so I was able to redress her. The mauve dress that she had such trouble with at the fashion show now fits nicely at the top and she can still fit into the jeans she was wearing which are Fashion Avenue. I do think that the later Fashion Avenue jeans are a little looser than the older ones I have so I’ll have to try her in some of those later.

Bonnie can still wear her old clothes too. 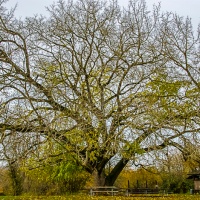 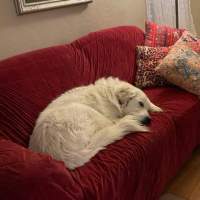 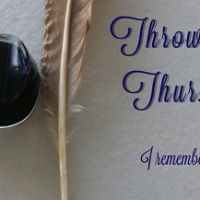