I thought I would digress a bit from dolls today and write a post about miniatures. I think the two subjects are very closely related. Dollshouses are not really very far away from scale model villages or even model railways. They all require a lot of the same skills. Skills that I admire but can’t say that I possess.

When I was about six or seven years old I was taken to see an exhibition that combined model railways and dollshouses and ever since then I’ve felt that the two go together. If any of you have ever read my other blog you will know that I have a lifelong love of trains both miniature and full-sized.

There is a fine line too between dolls and figures. I was discussing this with a blogging friend recently. It’s hard to define it really. Figures may or may not have moving parts and may or may not be played with. There are automated figures that perform actions and then there are action figures which are played with but don’t you dare call them dolls. Girls have dolls, boys have action figures.

There are dolls that may or may not have moving limbs too and may or may not be played with. Lots of dolls are made all in one piece or a couple of pieces with no moving limbs but they are loved and played with. On the other hand if you buy an extremely expensive Franklin Mint or Collectible Barbie are you going to play with her? I don’t think so. 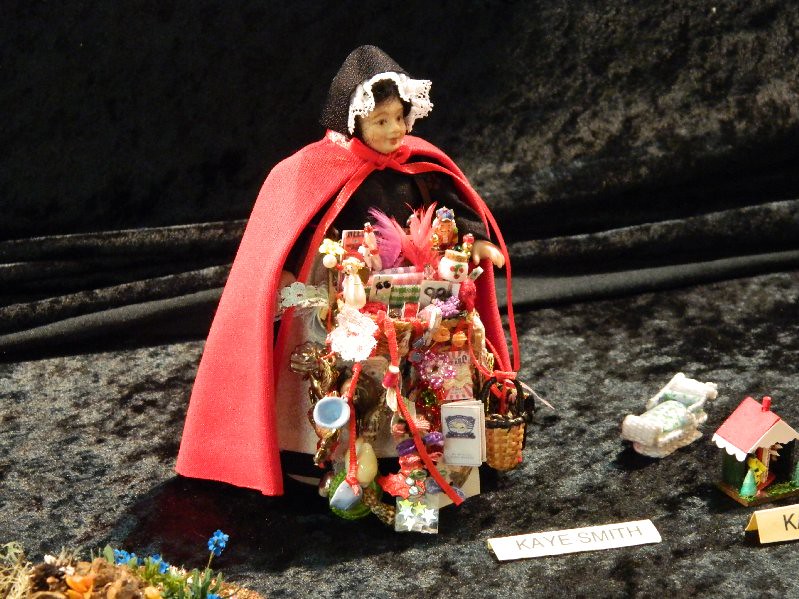 I thought I would share this photo I took at a Dollshouse and Miniature Show because although I consider this more a figure than a doll I find it very appealing. I think that it is  the attention to detail that I love about miniatures whether it is a figure, a dollshouse or even the scenery in a model village or railway.

Miniature makers are so clever with their hands and have such patience and eye for detail.  It is quite amazing how they can transform everyday objects into pieces of furniture or doll house decor.

I don’t know if you see these little beach huts in other countries but British and Australian readers will recognise them I’m sure. I like them because they remind me of the ones that I used to see at Clacton on Sea in England where I spent several childhood holidays. You can even see Punch and Judy and the donkey rides.

Here is another miniature figure in 1:12 scale. Look at these tiny fruits and vegetables. 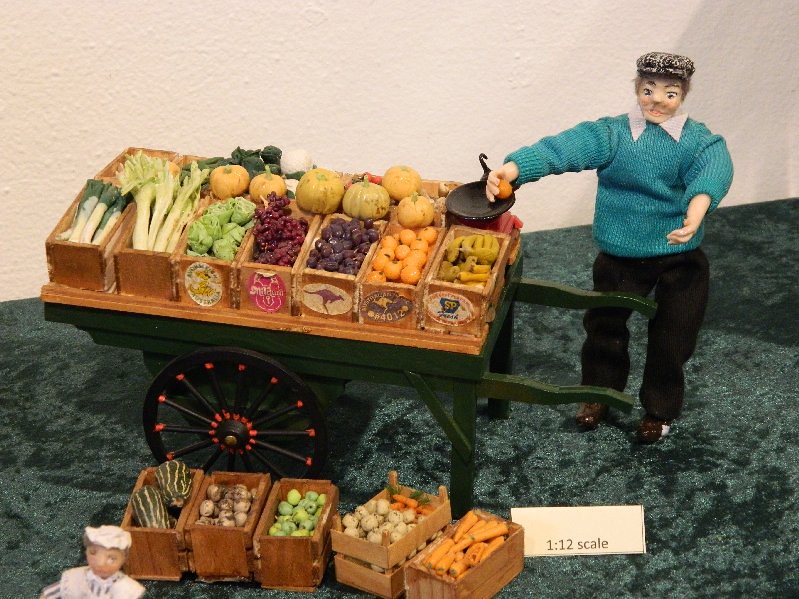 Some miniature makers work in 1:24 scale which must be even harder.

Here’s a cottage built as part of the scenery for a model railway. I love railways with lots of scenery.  I don’t remember what gauge this layout was but probably HO which is 1:87 scale I think. 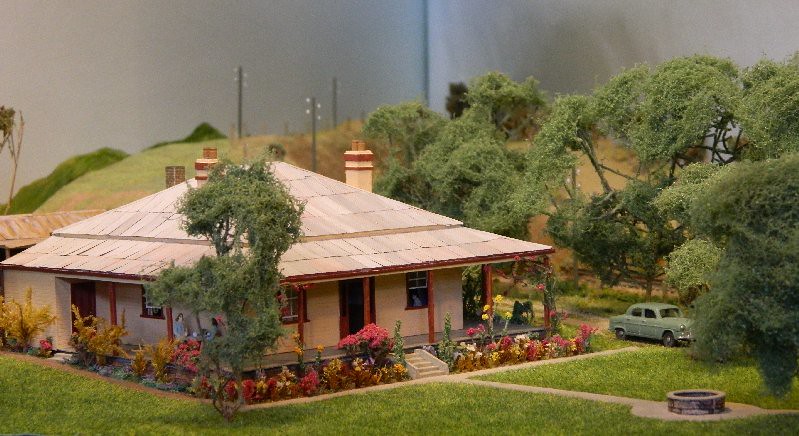 Here is another miniature scene from a British themed model railway where there is a lot going on. People on the beach, people playing volleyball and some others at the swimming pool with the trains in the background. I just want to be a tiny person and go there. 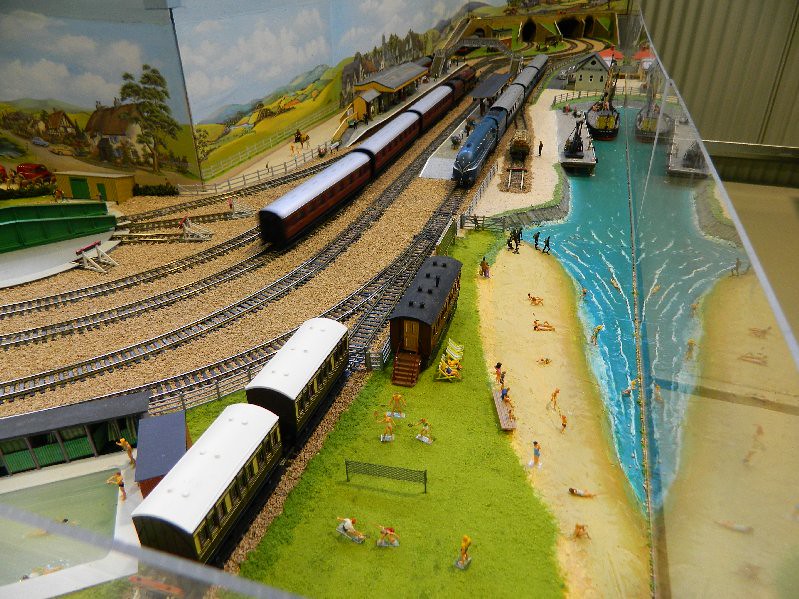 The other thing that I like about miniaturists is that they often have a good sense of humour and incorporate funny little scenes into their plans. Here is one from a much larger scale model village in Canberra called Cockington Green. 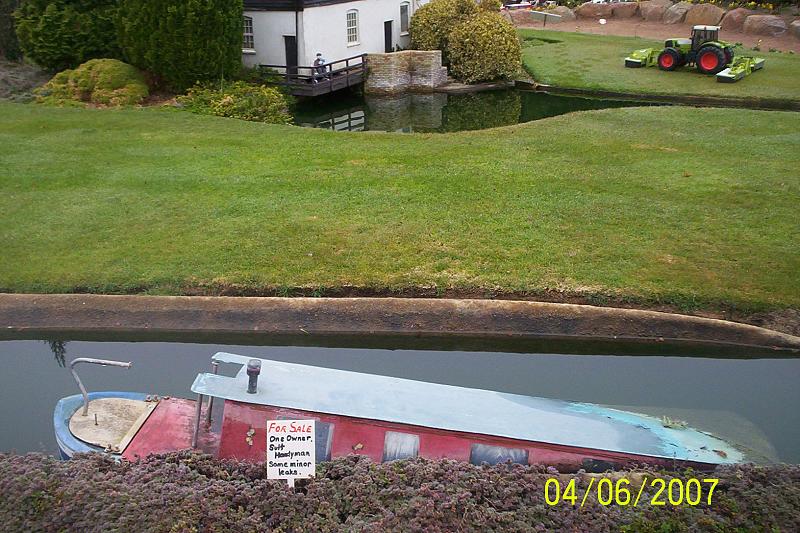 I hope you have enjoyed something a bit different today. I do plan to do some more posts about dolls houses in the near future concentrating more on the toy dolls house rather than the miniature scale model and there is that fine line again.