Last week I posted about reader Lauren’s mystery walking, talking doll. I’m pleased to say that after many hours of researching by my sister Naomi  and further information from Lauren and her mum who were also looking for pictures of similar dolls we are all agreed that she has a Palitoy doll called Little Poppet.

Our investigations  based on Lauren’s mum’s recollections eventually lead us to a sale site called Worthpoint where we discovered some pictures of similar dolls. I had kept coming back to Palitoy when I was searching for talking dolls because the facial expression seemed most similar to Lauren’s doll.

We asked Lauren to send us another photo of the doll in her underwear which she has done but she mentioned that the underwear is home-made. Apparently Lauren’s grandma did not approve of the short dress she was wearing and provided the panties.

Here are two photos of Little Poppet that show similar dolls which were sourced from Worthpoint.

The descriptions of the dolls for sale say that Little Poppet could say the following phrases:

Lauren says her doll still says some of these phrases. It seems that Palitoy made Little Poppet for several years through the mid 1960s to at least the early 1970s as I have found examples of her dated 1970-71. Later dolls do have a speaker grill and are often listed as “large eyed” dolls.

Finally I’d like to leave you with a link to a fellow blogger’s post about a similar hunt for a mystery Palitoy doll a few years ago. 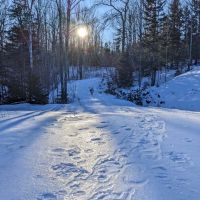 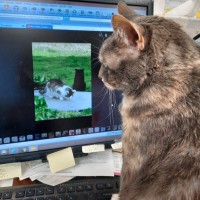