Buyer Beware – Things are not always what they seem.


As long time users of eBay Naomi and I have learned a few things about buying old stuff and one of those is that not all online sellers are knowledgeable about the items they are selling and some are downright dishonest.

One of the things that you sometimes hear of is sellers, and I’m not only talking about eBay here, who will try to pass off a reproduction item as a vintage one. Some will even deliberately scratch and age the item to make it look more like the real thing. It goes without saying that if you are buying something online that you should always read the sellers feedback and look carefully at any pictures before you part with your money.

However, there are a lot of people who buy and sell items in good faith but just don’t realise what they have. This can sometimes lead to you getting a bargain but at other times you may be disappointed to find that the item you bought is not what you thought it was or at least that it is not as rare or valuable as you were told.  Remember Naomi’s vintage Midge doll bought for $10 because the seller didn’t know who she was? That was a bargain.

Fashion doll collectors have probably all seen Barbies on sale as “vintage 1966 Barbie”, a common mistake as sellers take the date stamped on the back of the doll as its age when really it is just the date of that particular body type.

I typed “vintage 1966 Barbie” into eBay’s search engine and it came up with several dolls which were plainly 1990s or later Barbies. For example:

This seller has mentioned the date on the dolls head as well, most of them don’t but he/she’s plainly confused about what it means. Of course a lot of online sellers are not collectors, they are people who buy and sell for a hobby or for a living.

Vintage is a very overused word too. I can’t get used to things from the 1990s being called vintage. That’s probably just me getting older though. The nineties seems like it was five minutes ago to me.

Naomi and I were discussing this subject recently as we often compare notes about things we’ve seen on sale and she suggested that I should write something to help people who are new to collecting avoid disappointment.

I thought that was a very good idea. One of the main reasons for starting this blog was to share knowledge and if we can help people who are new to collecting learn more about it that has to be a good thing.

This tin litho house is Rosewood Manor by Today’s Kids from 1986 but it is frequently mistaken for a much older house despite having the date on the makers mark. I’ll be doing a full post about this house next week.

Naomi also sent me this list of points to consider when buying a used item. They could apply just as well to any type of collecting not just dolls or dolls houses. They are all excellent points so I’m reproducing her list as she wrote it.

Naomi collects other types of toys and household items as well as dolls and dolls houses so she’s had a lot of experience in buying old things. As an example of sellers faking things she told me about a reproduction gramophone she bought a few years ago. It is one of the old style ones with a trumpet speaker. She bought it as a décor item as she could not afford to buy a genuine one. These reproduction ones are made from parts from old portable record players but are very poorly made and won’t play records properly. Naomi says that hers has a lot of dents. She bought it in a shop so she knew what she was getting and that it wasn’t a genuine antique but she has heard of a lot of people buying them online believing that is what they would be getting. The reproduction sells for $A200 or more but you could expect to pay over a thousand for the real thing.

A quick search of the internet turned up an article that verifies that this happens.

In the future we will write posts from time to time about our own experiences in buying dolls and doll related stuff and cover some of the points Naomi listed in a bit more detail.

As always I welcome comments from readers about their own experiences good or bad. 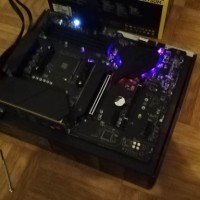 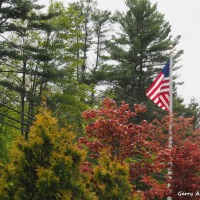 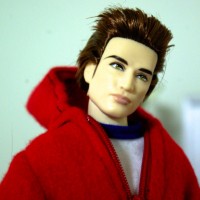