By Source, Fair use of copyrighted material in the context of Palitoy” href=”Palitoy_logo_early_80s.png”>Fair use, https://en.wikipedia.org/w/index.php?curid=36221796

I wrote this piece about two years ago but decided to repost it for those who may have missed it the first time. There is an update at the end.

In March 2016 I received an email from Bob Brechin who was the Chief Designer for Palitoy and worked there from 1967-1984.

Palitoy was originally part of a large plastics company called Cascelloid which was started by a man named Alfred Pallet in 1919. By the 1950s toy sales were so successful that a separate toy division was created and named Palitoy after Alfred Pallet.

As well as producing their own toys Palitoy also made toys under licence for American companies including my own Tressy. Here our Palitoy Tressy dolls who do not look very different from their American Character cousins.

Action Man was another hugely popular toy adapted from the American GI Joe. Action Man became a distinctly British toy wearing British army uniforms and even Manchester United soccer strip. Bob was very much involved in the production of Action Man and other boys toys. Action Man differed from GI Joe in having flocked hair and the gripping hand which is now a feature of most action figures of this type was designed  by Bob while at Palitoy. Bob did not say so in his email but in another article I read it says that Bob modelled Action Man’s hand on his own. 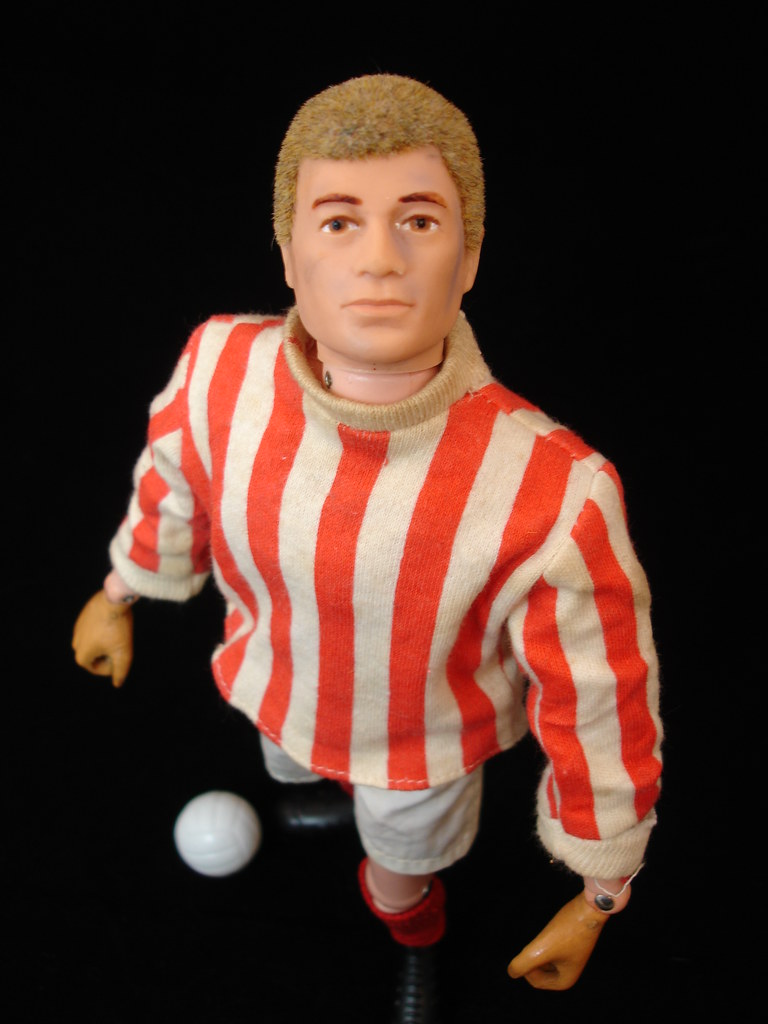 Other toys that were produced at the Palitoy factory during the 1960s were Spirograph, Airfix, Mainline Railways and dolls such as Tiny Tears and Pippa. For those that are not familiar with her Pippa is a 6.5 inch doll similar to Topper’s “Dawn” dolls.

By Source, Fair use of copyrighted material in the context of Pippa (doll)” href=”Jasmine_gail_penny.jpg”>Fair use, https://en.wikipedia.org/w/index.php?curid=4864808

In the 1970s and 80s Palitoy manufactured Care Bears and the incredibly popular Star Wars figurines.

The Palitoy factory was in Coalville in Leicestershire, England. The company was bought in 1968 by US company General Mills and in the early 1980s their corporate strategy meant that production began to shift to Asia where it was cheaper to manufacture toys. By 1984 Palitoy had become essentially a marketing company with all production carried out elsewhere. The factory site was sold in 1994.

This brings me to the reason for Bob’s letter.  2019 will be the Centenary of the original company Cascelloid and in honour of that Bob has nominated the factory for a “Green Plaque”. This is an award given by the Leicestershire County Council to people and places of importance in the county. The award is decided by public vote so Bob is looking for support for the Palitoy factory site.

If you played with Palitoy toys as a child, and if you are British like me there is a good chance you did, I’ve  included a link that will give more information about the history of Palitoy.

Bob is also considering organising an event for collectors during the centenary year. If you know of other Tressy or Action Man websites or toy collectors groups Bob would love to spread the word so please feel free to reblog this post anywhere that it might be of interest.

This is a cool little film about Action Man, you will briefly see the Coalville factory site and Bob Brechin makes an appearance.

Here are some old Action Man commercials from YouTube.

You may be interested to know that the Palitoy Factory did receive a “Green Plaque” from the Leicestershire County Council. It was unveiled late in 2017
https://www.leicestershire.gov.uk/news/green-plaque-to-honour-former-toy-factory

For those who do social media there are several Tressy and Action Man groups hosted on Facebook.