Bent Out of Shape in a Bendy World

Last time we saw our caped crusaders they had realised something was very wrong. Neither one of them had seen the Batmobile. In fact it appeared to be missing! Batman feared The Riddler was responsible but Robin thought it might be that master of foul play none other than The Penguin! Which one of those fiendish villains is responsible? “Gosh Batman I sure hope nothing bad has happened to the Batmobile. Boy I would really like to get my hands on who ever has taken it!” “Let us go and look for it Robin. To the Bat Cave. We’ll use our Bat Radar and see if we can pick up it’s signal.” Batman and Robin hurry off to the Bat Cave but meanwhile back at the BNB funny things are happening.

“Just wait until Fatman and Boy Blunder see this! How delicious it is. They won’t be burning up much rubber in that will they my cohorts in crime.” “Riddle me this Joker, what is multi coloured but red all over?” “Tell me Riddler, what is multi coloured but red all over?” “Batman and Robin when they see this.” Much laughter follows as Joker invites the other three to help him play a trick on Batman and Robin. “Come come and give me a hand in getting the real Batmobile out of the way before they come back. All four set to work.

Batman and Robin arrive back at the BNB. “Holy Deja Vu Batman, the Bat Tracker has led us right back to the BNB!” “You are right old chum, it must mean that the Batmobile has been here all the time!” They decide to conduct a new search for the car.

“I think you’ve been in the sun too long Batman. No crime has been committed here.” says Penguin. ” Hey Batman I think you better start losing some weight if you are going to get into that Dinky toy!” Riddler can’t resist dropping a tiny clue. Joker is too busy with his new dog Mr Punch to worry about anything else. If he jumps up on Catwoman she might scratch them both.

“Gosh Batman nothing’s been stolen so a crime hasn’t been committed.” “No we’re just the victims of a very elaborate but pointless joke but let’s not despair Robin. Let us take this with us to the Bat Cave and analyse it. Maybe that tricky jester has made a mistake and we can use the Batcomputer to fix this mess.” “Holy Fortune Teller, I wish I knew what they were up to. They must be masterminding some new crime spree and they have shrunk our car to immobilise us.”

Will Batman and Robin be able to restore the Batmobile to it’s normal size? Will they find out what The Joker is really up to in time? Stay tuned and come back next week to find out. 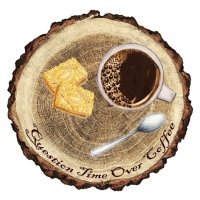