These two little dolls are Daisy on the left and Scarlet on the right. They are the sole survivors of a dozen dolls that Naomi and I had in 1965. They are about 3 inches tall and their limbs and head are strung with rubber bands. They were, of course, made in Hong Kong where most cheap toys came from at the time.

As you can see they are not in the best shape but considering that they were involved in some quite rough play it is incredible that such fragile little dolls survived at all. I can’t imagine that children under eight years old would be given dolls like this today. I don’t know if that is a good thing or not.

Originally the girls had glued on fabric outfits consisting of a strapless top and a skirt, each doll in the set had a different colour scheme. Daisy had a yellow skirt and white top, Scarlet also had a yellow skirt but more of a lemon shade than Daisy’s, her top was a red print design and is where she got her name. She quickly became my favourite and had many adventures including sailing on my toy boat in the wading pool. Needless to say, many soakings loosened the glue and she lost her clothes, Daisy’s eventually went the same way. The dolls often lost limbs due to broken rubber bands but mum could always fix that problem. I mended both of them again when I retrieved them from storage. If you were not careful though their legs would snap at the ankle and sometimes their eyes fell in and had to be glued back making them incapable of sleep.

The red ring around Daisy’s neck is nail polish. When her head came off while we were sailing to Australia and the little hook broke mum borrowed our cabin mate’s nail polish to stick it back on again. Scarlet has a broken neck too but hers was repaired with Tarzan’s Grip, mum’s favourite glue for repairing things. Her shoulder has been repaired with the same product. I have no idea how Daisy got the yellow mark on her head.

Before we had this set of dolls I had a set of similar ones who wore plastic outfits. These were more durable but the poor dolls could not sit down. Naomi found a replacement set of these for me. 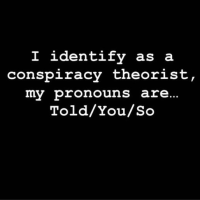