It all started when I decided to go through a crate of dolls I’ve had packed up for more than a year. I wanted some new subjects for fashion doll Friday and this crate contained a lot of dolls I used to have on display until I had to declutter the doll room when the house went on the market.

I duly took all the dolls out of the crate and did a couple of quick photos of each of them, mostly for record purposes but some may be used for future posts. At the end of the afternoon, I set aside a few who I felt needed a bit of a tidy up or a change of clothing to take care of over the weekend.

This afternoon after doing some chores I sat down and started to comb out the hair on several dolls. These were dolls that had very long hair and all I did was to comb some diluted conditioner through it and tidy it up. The first two dolls, no problem at all. Then I picked up one of my Charice dolls. Now I bought this doll and another one new in the late nineties soon after we discovered the internet. I actually bought them directly from the creator’s site brand new. Over the years she’s been displayed on a shelf. I’ve never taken her original outfit off her or really handled her all that much except to take photos. All I wanted to do was to comb out her hair which looked a bit wild the same as the others. I started off with a wide-tooth comb gently combing out the ends they way you are supposed to do. There seemed to be some loose hair but I wasn’t too worried at first until I thought a lot of hair seems to be coming out. I have had this happen on cheap dolls but not on good ones. Below is a photo I took of Charice before she was put away.

Well, I stopped combing but I could see a lot of hair had come out and I don’t think it was just because I combed it. I sat and thought about what to do and whether she had enough hair left to restyle. When I saw how many plugs were missing I decided it was a lost cause. I might as well keep combing because I was probably going to have to replace her hair anyway. By the time I was done she only had one hank of hair left on her head. Honestly, I was flabbergasted. Here is Charice when I photographed her yesterday. I thought she looked a bit messy, hence the plan to tidy her up. Looking at the photo I think some hair had already detached itself.

I don’t particularly want to reroot her because I haven’t done much rerooting and her head feels rock hard so I’m probably going to get her a wig. Naomi says she has a couple she doesn’t need so we might try those out before I buy something.

Redhead Charice needs tidying too but I’m kind of scared to touch her now. Has anyone else had that happen with Charice dolls? 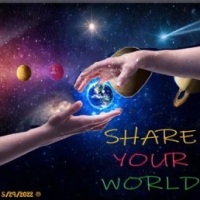 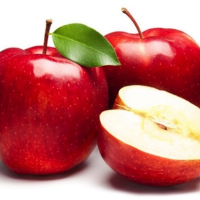