In Part One Vivienne, Becky, Jan and Midge went to a Frock Up Fair for the day. They met several friends including Myrtle who was volunteering her time to help out and model some outfits. Another old school chum, was there too, Sonia Grant the actress. Jan had brought her little friend Rachel who was very excited about seeing her first fashion show. She was even more excited after lunch when Jan took to the catwalk herself to model a vintage evening gown in another fashion parade.

When they weren’t watching the fashion shows the girls were browsing at the various sellers stalls and choosing outfits to try on. Here are some of them.

Abby and her helpers were kept busy fetching clothes and answering questions.

Later the girls went to try on some evening gowns.

“Well this has been lots of fun,” said Jan “but I have to get Rachel back to her mother. Who wants to come again tomorrow?”

I haven’t been able to ID all of these dresses yet. I know the Pretty In Plaid yellow dress because it came off a doll I bought myself. I believe most of them are from the 1990s. If anyone recognises any let me know and I’ll add a list of the ones we know at the end of the post. 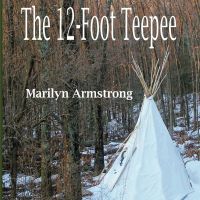