Vintage Games: I Wish I Were


One of the first posts Naomi wrote for this blog was about her I Wish I Were game. As we’ve been photographing the vintage girls games, I decided that rather than write a fresh post I’d just add some new photos to this one as Naomi had already explained how the game is played.

I Wish I Were a Cleaner! by Naomi

Hello again. Today I would like to show you a vintage board game I have by Milton Bradley. The game is called “I Wish I Were” The game was aimed at young girls aged five to ten. You can see this on the box pictured in the featured image. “I Wish I Were” is a game about careers. You race your playing piece around the board in order to become whatever your chosen career is before any other player. The game combines board games with paper dolls.

Now I am sure you are wondering why I am featuring a board game in this blog. The reason is because instead of tokens or counters the game uses cardboard press out dolls. There are four of them and they are made of very sturdy cardboard. The dolls are all different from one another and they are able to stand up once you attach the little red stand provided. Here are the girls.

The board for play is quite big and covers nearly all of the table. I spread mine out on my bed so you could see it. The picture is a little blurred and dark so sorry for that. There is a spinner to use for each turn rather than a dice. There are some cards in the game that tell each player what to do as they go around. I didn’t take any photos of the cards as they are quite small and I mostly wanted to show you the dolls and their fantastic clothes. Here is the board and other playing pieces.

The girls travel around the board going to dances at high school and University. They graduate and get diplomas as they go on their journey to being a nurse, model, stewardess, teacher, ballet dancer or an actress. I must say they are very typical careers but these are the ones that little girls might have dreamt of in the 1960’s. On the box it says 1964 by Milton Bradley Company Under Berne & Universal Copyright Conventions. My game is manufactured in Australia by John Sands as they had an agreement with MB.

There were a good variety of clothing for them to wear. They started off in bathing costumes and ended up in the outfit they would need for their career. Here are the clothes from the game. Note there are no tags. A waxy crayon was used to adhere the clothes to the girls. I don’t have this so I can’t show it to you. Unfortunately it left residue on the girls and they used to get rather dirty.

I tried to put the ball gowns on the girls so you could see how they looked dressed. I didn’t have a way of making them stay on but here they are dressed for a ball. I hope you can see from this picture how nice the dresses are on them.

I would like to leave you with a funny story from our childhood. Vanda had “I Wish I Were” I’m not sure if she saved up for it or if Mum gave it to her for her birthday. I think it came from our local shops where we often got comics, toys and games. The game became a real favourite and we played with it a lot. Sometimes we played the game. My favourite girl was the one in blue and I used to go for the career of a model for her. Other times we made up games and just played with the dolls. Vanda would have two and I would have two. One day we decided they would go to a posh ball so we put the ball gowns on them. There they were all done up in their finery at this really posh ball when the worst thing happened to the blonde doll wearing the green dress. As I explained before the dresses had to be put on with a special wax crayon. There were no tags or magnets. I’m telling you now that Magic Mary Jane knew what she was doing. Well, the blonde girl’s dress fell off right in the middle of the grand ball. We looked at her in horror as she was left in her bathing costume. The dress could not be retrieved because it had fallen through a large crack in the floor boards. So, her night ended early and not well. I wonder if the other three planned it. So, we were without the green ball gown and had to improvise when we played “I Wish I Were” It’s a story we have never forgotten and we still laugh about it now.

In fact, when I found this game at the markets for only eight dollars, I was ready to snap it up but I had to look inside first. I was so curious to see if the green ball gown was inside and it was. The owner had taken great care of this set as you can see. Even the little hats were there. The only thing missing was the wax crayon. I do hope you have enjoyed this post. I will be back with another one very soon. Until then have fun with your doll collecting and enjoy every moment of it.

I almost forgot. My title says “I Wish I Were a Cleaner” That was an in-house joke because that’s what I do to earn my bread and butter. I can’t imagine any little girl dreaming of the day she would do what I do. Can you imagine the paper clothing she would have for her doll as she went around the board? I also have a few links to share which will be put up for you very shortly.

Here are my photos of the game showing the cards, the rules and the graphics. You know we love the graphics on these old games.

Some might argue that this game is not very PC and that the careers are stereotypical. We never worried about that. Neither of us wanted to be nurses or teachers or any of the other careers. It was just a game to us. We just liked playing with the dolls and changing their clothes. The game was fun and that’s all that mattered. 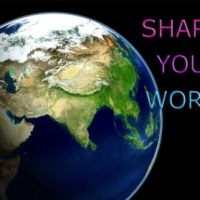