I thought that after five years it was time to give this page a bit of a revamp so look out for some new pictures and information in the near future.

Barbie has been a part of my life for a long time now and although I collect other dolls and love them dearly collecting Barbie is a fascinating hobby. There are now so many variations of Barbie, her friends and her family that most of us could not possibly hope to have them all.

Different dolls appeal to different people. Some collect only vintage dolls, the Ponytails, Bubblecuts, American Girls etc. Others like the Mod Era of Twist and Turn, Living Barbie and all the fab fashions of that era. Still others may collect just one type of doll such as Skipper, Midge or Francie.  Naomi for example collects Ken and other male fashion dolls although she also has some very nice Mod Era dolls and 1990s Barbies some still NRFB. Younger collectors, and some of us older ones, like the modern collectible dolls too, Fashion Royalty, Silkstone, Basics or even playline Barbies. Whatever your taste or budget there is something out there for you to collect.

As for me I like a bit of everything. The vintage dolls remind me of my childhood and I do believe their clothes were better than any playline clothing being made now. In the early 1960s all Barbie’s outfits were realistic and detailed, that’s why they are classics today. I love the high colour faces of some of the Mod Era dolls although my favourite vintage Barbie is the first one I ever saw, the Swirl Ponytail, the first Barbie sold in Australia.

Tick this one off the wishlist. Titian Swirl Ponytail Barbie.

Vintage Barbie with TNT body marked Mattel 1966, and Made in Japan. 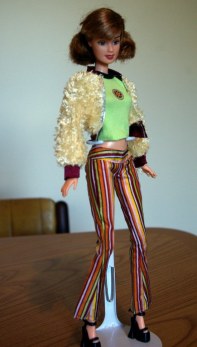 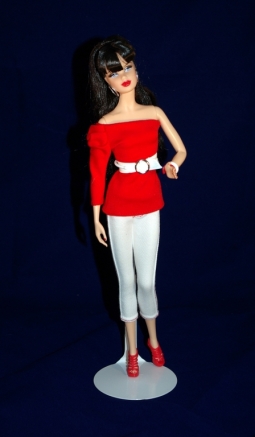 Red Basics 03 in her original outfit. 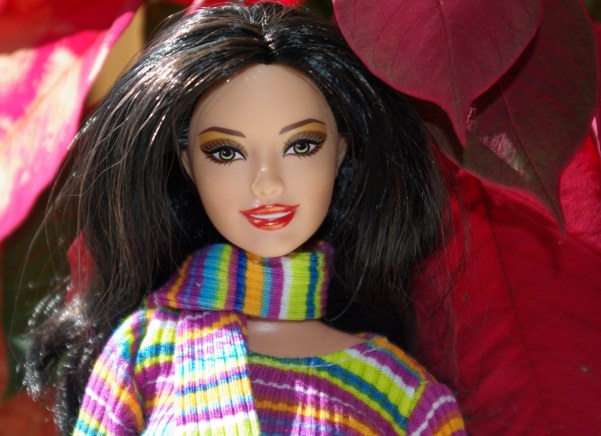 I started collecting Barbie as an adult at the end of the 1990s so naturally I like a lot of those dolls. In those days there was so much choice and the Fashion Avenue outfits were great. I liked Fashion Fever too, such a wide range of dolls and fashions. I was sad when they stopped making them although I did come to like the early Fashionistas for their articulation. I didn’t really get excited about Barbies again until the Black Basics came out and I became an enthusiastic collector of these dolls. These days I collect “The Look” dolls and other collectible Barbies in the middle price range and the odd playline doll although I have issues with the quality of the current playline fashions and I don’t really want dolls with blue hair or strange hairstyles.   I guess you could say I’m an eclectic collector with a tiny budget but I still manage to have a lot of fun with my Barbies.

I hope to build up a resource for new collectors with links to other doll blogs and a guide to Barbie dolls and fashions through the years. . Very few of our dolls are NRFB. Naomi generally customises her dolls to suit her taste redressing and sometimes changing hair styles. I’ve never found much pleasure in just looking at them as if they were ornaments either. I like to redress them, photograph them and sometimes at least with the ones I’ve bought cheap at markets and secondhand shops I’ll experiment with  different hair styles or try head swaps. In other words I play with them.

http://egolonsville.weebly.com/ This blog is a great guide to Fashionistas and is written in English and Spanish.